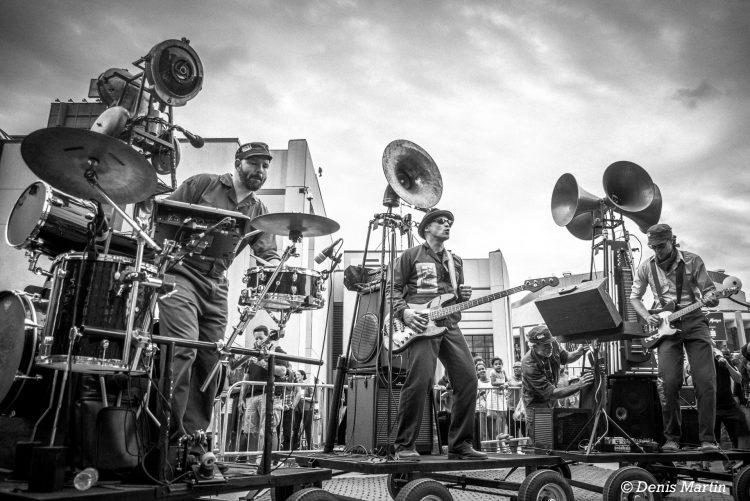 The West Trainz project offers musical works inspired by the railway world and the project initiator’s travels, Erik West Millette. Five musicians perform on a convoy of trollies mounted with sound-sculptures. You will be transported through an initiatory and poetic journey where the trance-like experience created by the music urges you to dance.

A locomotive and it’s five wagons will roam around your event as West Trainz performs Zydeco, Blues, Dixie and  Reggae music. The train is completely autonomous and is a stage by itself with a sound kit.

Among many presentations, West Trainz, the animation, has performed at: