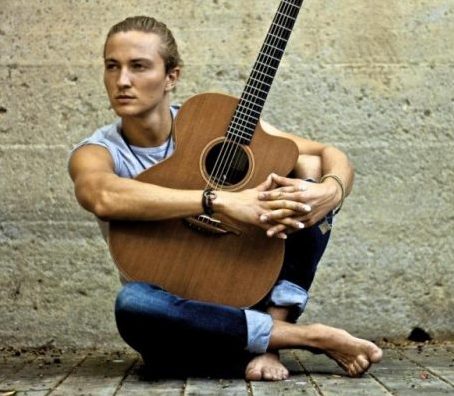 Representation in Québec and Europe

At just 27, Calum Graham has already enjoyed a career that would be the envy of most artists double his age. The Alberta-based guitarist and singer/songwriter has released four acclaimed albums, won major national music competitions, performed at the Olympic Games in both Vancouver and London, racked up some phenomenal views on YouTube, and was most recently named one of the top 30 guitarists in the world under 30 by Acoustic Guitar Magazine. Andy McKee, one of today’s most popular acoustic guitarists, calls Calum “the most promising young guitarist I’ve seen. His command of the guitar is already really impressive!”

Born in British Columbia and raised in High River, Alberta, Graham’s musical journey first took flight when he began playing the guitar at the age of 13. Five years later in the summer of 2010, Graham attended the Canadian Guitar Festival and entered the prestigious Canadian Fingerstyle Guitar Competition. Impressed with his original compositions, the judges awarded Graham with a first place finish a feat no other teenager has accomplished in the history of the festival. The clip of his winning performance has now generated an incredible 900,000 hits on YouTube.

As Calum Graham’s name continued to grow in Alberta and across Canada for his guitar work and musicianship,, Graham proved that his talent was not limited to his extraordinary ability to play the guitar. In 2011, Graham won the Canada’s Walk of Fame nationwide “A Song For Canada” contest based on his poetic acuteness. His winning poem was used in the song “I’m Here, (A Song For Canada)”. The song was performed by Chantal Kreviazuk and co-written by Graham, Raine Maida(Our Lady Peace) and Stephen Moccio (“I Believe”, 2010 Vancouver Olympics theme song/”Wrecking Ball”, Miley Cyrus)”.

“Calum’s entry resonated strongly among the judges. His poem celebrates the cultural mosaic that is Canada. He has captured the diversity of this country – something that we as a nation are renowned for and proud of.” – Stephan Moccio

In the late winter of 2012, and with two albums already under his belt (Sunny Side Up (2009), Indivisibility (2012), Graham teamed up with iconic Fingerstyle Guitarist Don Ross. The result was the instrumental acoustic duet album titled, “12:34”. Recorded at famed “Metalworks Studios” (Prince, Tina Turner, RUSH, Drake), and released through CandyRat Records (world’s biggest acoustic guitar label), the album featured six originals by Graham, three by Ross, and a cover of OutKast’s hit song, “Hey Ya”.

Not long after the release of “12:34”, Graham saw a loyal following begin to grow and it wasn’t long before his unique sound started to find a wide and appreciative audience.

In November of 2013, Graham released a solo instrumental album titled “Phoenix Rising” (CandyRat Records). The title song has already generated over 1.4 million hits, with other songs also notching impressive numbers. The success of the album enabled Graham to expand his global fanbase and he soon began touring internationally, both on his own and with the likes of Don Ross and Andy McKee.

Graham is currently preparing to record his fifth studio album. Adding an extra dimension to his compositions, the album will introduce Graham’s soulful vocals to his audience for the first time. The album is set to be released in April 2015 and will feature a combination of his exemplary guitar work and smooth vocals punctuated throughout with elements of funk, motown, pop and blues.

With Graham bringing an innovative sound to the industry, it wasn’t long before Canada’s top booking agency, The Feldman Agency, also counted themselves a fan of Graham’s music. So much in fact, that in July 2014, they decided to partner Graham with renowned Canadian producer Gavin Brown (Billy Talent, Metric, The Tragically Hip) on his “Sessions X” series. The series was recorded at Toronto’s Five-Star “Noble Street Studios” and features Graham alongside a number of acclaimed musicians including Tears For Fears, Feist, Three Days Grace, Metric, and Ron Sexsmith.

At only 27 years old, it’s unquestionable that Calum Graham has enough talent to revolutionize how audiences appreciate music.