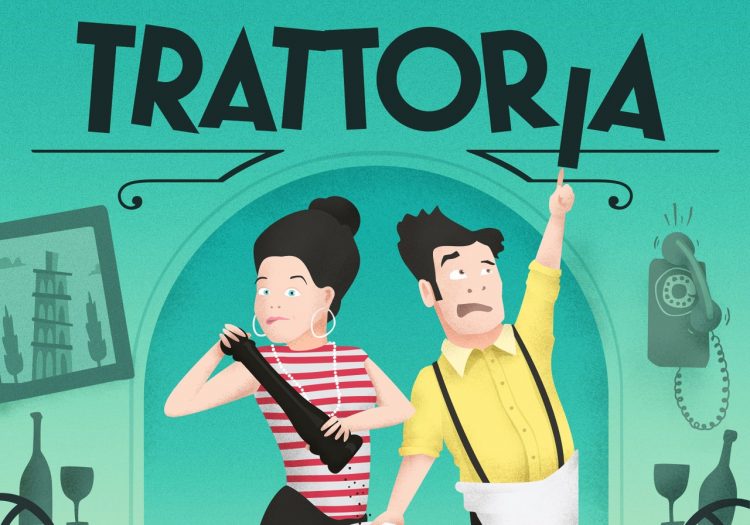 Trattoria tells the story of an eccentric restaurant owner who is struggling with the loneliness caused by his wife’s absence. To revive her souvenir, he creates a world where his memories and fantasies merge. His reveries and clumsiness are the source of a great chaos for the greatest pleasure of the spectators! A physical comedy and circus show for the whole family.

Since 2015, Tamara Bousquet and Philippe Trépanier have been sharing the stage in many contexts. First, they created the comic duo Tam and Phil. Their obvious complicity from the beginning testifies to a friendly and accessible approach, imbued with sensitivity and absurd humour. The public response is positive. Noticed by the Cabarets GOP Variété-Theatre, in Germany, the clowns integrate the production Simply the Best (2017), after which they will play the main characters of the creation of Apartment, intended for more than 500 performances (2018 to 2019). At the same time, the team is embarking on the production of the Trattoria show with a desire for independence and influence. Since the beginning of their careers, their shows have reached thousands of audiences of all ages, in North and South America, Europe and Oceania. For the coming years, the founders of Les Deux de Pique intend to pursue their main mandate of sharing their passion for circus art, especially the art of clowning.